Cryptocurrency or virtual currency, is a digital form of exchange that is designed or created and used by private entities or groups. Because most cryptocurrencies are not regulated by governments, they are yet to be considered as alternative currencies (Mediums of financial exchange which exist outside the bound of government monetary policy). Bitcoin for example is a dominant cryptocurrency and it is the first virtual currency to be used generally.

What Is Cryptocurrency?
Cryptocurrency makes use of cryptographic protocols, or extreme complex encryption systems that holds sensitive data transfers, in order to secure its unit of exchange. The developers of Cryptocurrency created these protocols based on advanced mathematical and computer engineering principles which makes them impossible to decrypted or break virtually, and also impossible to duplicate. These protocols also hide the identities of its users, while making transactions flows difficult to be linked to the individuals or groups.

Brief history of Cryptocurrency
There has been the existence of digital currency systems before cryptocurrency. Previous versions of digital currencies were centralized strictly, while the newer version of cryptocurrency, like Bitcoin and Ethereum, are decentralized. Now, the most interesting facts about cryptocurrency is that, it was were never intended to be created as it is known today. It actually started with Bitcoin and a man called Satoshi Nakamoto. His goal at the start was to create an electronic peer to peer cash system. There has been different effort by different people to create something like an online digital cash system, but had failed due to the different issues with centralization. Nakamoto created Bitcoin in 2008 and its value exploded without any question. When Bitcoin was first created, it valued over a cent. But, the value grew quickly and in late 2009 a single Bitcoin valued $27, and in 2017, a single Bitcoin valued over $7,500. The value of this cryptocurrency rose steeply to monumental levels. Satoshi Nakamoto knew that any other attempt to build an online centralized cash system would also result in more failure, so he decided to come up with a digital cash system that had no centralization authority, and Bitcoin came to life. Satoshi Nakamoto created the Bitcoin, which is the very first decentralized digital cash that had no centralized governing body. Bitcoin was supposed to be the property of the entire Bitcoin community. The problem that Nakamoto faced was the how to stop double spending, which is the act of spending the same money twice by a currency owner. A decentralized digital currency system enables every user or entity to strongly agree on every single transaction and account balance for it to work and if there is any form of disagreement between both parties, the whole thing breaks down. This seems to be all seem very difficult and impossible to implement, but Nakamoto’s invention of Bitcoin has proven all these wrong. Bitcoin and other cryptocurrencies has demonstrated how they can exist without any form of central authority to control transactions as long as there is full agreement between all the parties involved. And since Nakamoto disclosed his amazing invention there have been the existence of other decentralized cryptocurrencies released by several other parties such as Ethereum, Bitcoin Cash, Ripple, NEM, Litecoin, Dash, Monero, NEO, and many others. 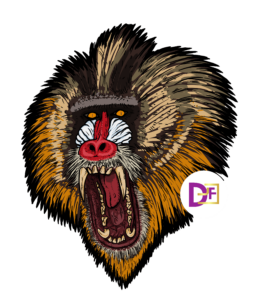 It is a necessary ingredient for all human … END_OF_DOCUMENT_TOKEN_TO_BE_REPLACED